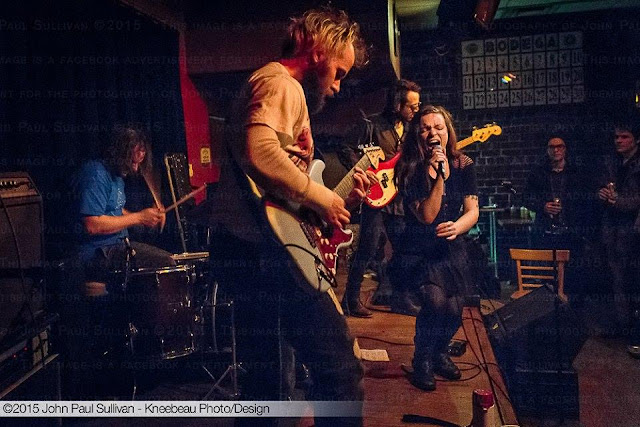 WFBR contributors and hellspace lounge act DANA will be supporting Craig Bell of Rocket from the Tombs for three of his tour dates. If you are in Indianapolis, Louisville, or Columbus, you really don't have an excuse to miss this. Their LP on Heel Turn is a burner, and if you haven't snagged the Twin Peaks tribute 7" with their moody track and bassist Albert Gray's beautiful painted cover and full color insert, you really ought to. DANA has also announced a longer tour in May—check back later because I anticipate interviewing them about the tour, the music, and their upcoming plans!

Tuesday, April 25 at State Street Pub in Indianapolis, IN
Wednesday, April 26 at Zanzabar in Louisville, KY
Thursday, April 27 at Ace of Cups in Columbus, OH